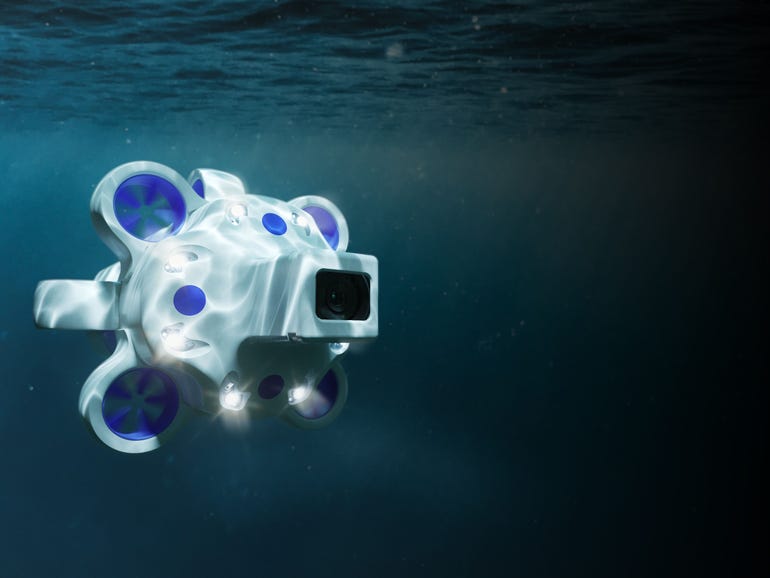 The drone, named Hydrus, is a plug-and-play system featuring an AI-powered sonar navigation system so that when underwater it can navigate around obstacles, such as marine life. . The six-kilogram drone also features a 4K 60fps camera which is integrated with the AI ​​engine to analyze image quality and adjust lighting accordingly.

Other features include the ability to operate for up to four hours underwater with its lithium-ion battery, sound recording and 256GB of internal storage.

According to Advanced Navigation, Hydrus can also travel up to 3,000 meters deep, with future versions set to go deeper; combat currents up to six knots; and was built on an open platform so users could load their own software and train the AI ​​system to recognize specific marine species.

“The ocean is an extremely harsh environment, you have up to 300 times more pressure than we have here on the surface of the earth. There is no internet, Wi-Fi or GPS because the Radio waves don’t work underwater, and there’s very little light there beyond 20 to 30 meters, so the only way to communicate is through sound,” he said at the launch.

“This makes capturing underwater data very expensive, unreliable, and requires large vessels with custom-designed equipment and experienced crews to operate…and you may not get the data which you need.

“The health of the oceans is critical… the first step to fixing things is collecting data so we can understand it, so Hydrus is a new approach to restoring the oceans.”

Although Hydrus’ primary function is data collection, Orr also noted that it can be used by recreational users, as it requires no training or license to use. Additionally, he added that the company had garnered initial interest from filmmakers.

General availability of Hydrus is slated for a worldwide release in September at a recommended retail price of AU$55,000.