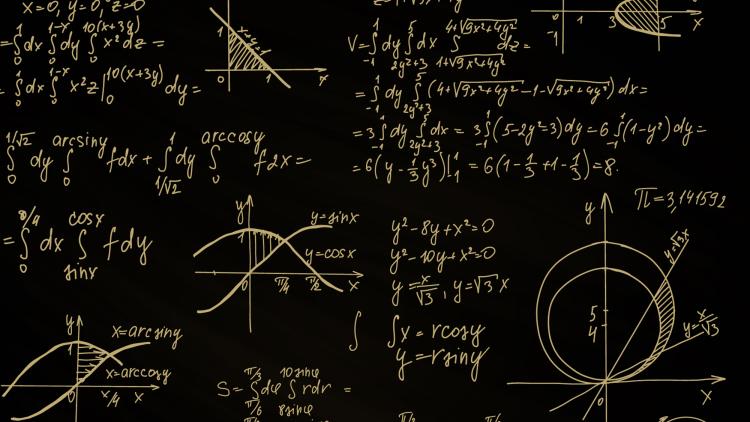 James Curry named a Fellow of the Society for Industrial and Applied Mathematics, which recognizes those who have made “outstanding contributions” to the field

James Curry, professor of applied mathematics at the University of Colorado at Boulder, was named a 2022 Fellow of the Society for Industrial and Applied Mathematics (SIAM), the group announced today.

SIAM scholarships are reserved for those who have made “outstanding contributions” to the fields of industrial and applied mathematics. He was cited for his “pioneering work in computational dynamics and for mentoring young researchers, particularly in the African-American community”.

Curry focuses on problems at the interface of numerical methods, matrix theory and applied mathematics. It is also committed to the math workforce and education and the next generation of students.

James Curry is a professor of applied mathematics at the University of Colorado at Boulder.

“More than 1,000 students each semester now learn from hands-on, interactive projects designed and developed by undergraduate and graduate students in applied mathematics and engineering,” Curry says.

For the past 25 years, Curry has worked with methods for solving nonlinear systems of equations. “This has led to the infusion of computational tool methods and strategies into many of my own classes and classrooms that are core to the Department of Applied Mathematics,” he said.

Curry said he was “absolutely speechless” when he received the notice from SIAM. He said the pervasiveness of math and computer science applications provides students with many benefits “and definitely encourages the development of critical thinking skills!”

He said applied mathematics and computer science are increasingly providing benefits as areas such as data science emerge into “the complex ecosystem that is part of the future”.

For Curry, that means students need to further develop their communication, numeracy and math skills. He concluded with an exhortation: “Do more math!

Keith Molenar, acting dean of the College of Engineering and Applied Science, said Curry’s appointment as a SIAM Fellow is “a wonderful recognition of Professor Curry’s distinguished career in research, teaching, scholarship and service. professional”.

Molenar noted that SIAM is the preeminent professional society in the United States and globally in applied mathematics, and the distinction of being named a SIAM member is reserved for its most accomplished members. “The College of Engineering and Applied Science is delighted to congratulate Professor Curry on this well-deserved honor.”

James WC White, acting dean of the College of Arts and Sciences, agreed, citing Curry’s exemplary teaching, research and service to the university. “Professor Curry has been a source of pride for the university for many years, and it is gratifying to see further recognition of his talents and deep commitment to students.”

Professor Curry has been a source of pride for the university for many years, and it is gratifying to see more recognition of his talents and deep commitment to students.

Among the awards Curry has won are the Boulder Faculty Assembly Teaching Excellence Award in 1992, the Student Organization Teaching Award for Alumni Relations in 1993, and twice , the Tau Beta Pi Outstanding Teacher Award.

He was named UC’s President’s Teaching Fellow in 1993 and served as the JR Woodhull/Logicon Professor of Teaching at the College of Engineering and Applied Science from 1999 to 2012.

Through publications, research and community, SIAM’s mission is to build cooperation between mathematics and the worlds of science and technology.