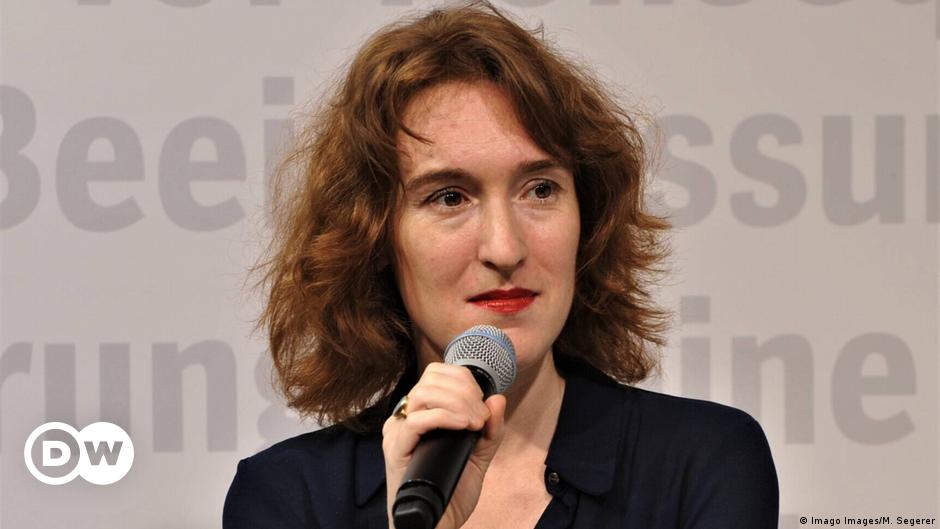 A long-time advocate of democracy, peace and human rights, author Nora Bossong was also a member of the presidium of the German PEN center for two years.

More recently, she published a non-fiction book about her generation, “Die Geschmeidigen: Meine Generation und der neue Ernst des Lebens” (The Smooth Ones: My Generation and the New Seriousness of Life)

DW: In your latest book, you write about the new generation of politicians in Germany: they are ‘smooth’, consensus-oriented, willing to compromise – but they also lack attitude, maturity. How are these politicians faring in light of Russian President Putin’s war of aggression?

Nora Bossong: Just a few weeks ago, I was very critical of how our politicians act. Fortunately, they have since changed their policy. Foreign Minister Annalena Baerbock and Chancellor Olaf Scholz have shown some decisiveness recently. They managed to think outside the box.

An example is when they decided in favor of a our politicians, the stopping of the Nord Stream 2 gas pipeline and arms deliveries to Ukraine, which ushered in a new era of German foreign policy. What do you think of the war against Ukraine?

Initially, I was in shock. I have always been attached to democracy, freedom, peace. Seeing how this suddenly crumbles, how the language of violence is so much stronger and more unconditional than what we have tried to build, it raises questions: Where did we go wrong? Have we taken peace and democracy too much for granted – democracy as a self-service store, so to speak.

How do you see the situation as a writer?

I understand why some people don’t pin their hopes on literature. All the texts on peace, all the politically engaged writers — they were there before, and they couldn’t prevent the war. You could spend two days reading poems to Vladimir Putin, I don’t think that would change his attitude. But it’s not a question of one or the other. Literature and poetry are the cornerstones of democracy, which is very important. If a few bricks are missing in the wrong place, the whole house collapses.

What can Germans, and other countries, expect from German politicians in the future?

What we can expect from this generation is the return of a longer-term perspective in politics. The prevailing feeling is that we really have to take responsibility now, precisely because we were lucky to have grown up in such peaceful times in Germany. We have to think about climate change and security policy. These are two subjects that have been contained for a long time, especially in Germany.

Does your generation — people around 40 years old — ready to offer a vision?

The strength of the “smooth” generation is its thought without ideology. People tend to look at what unites them rather than what divides them – just look at Germany’s current coalition government. We are witnessing an attack on our conception of freedom, the rule of law and democracy; a threat from an autocratic and aggressive individual who initiated and carried out the invasion of a sovereign country. I would like us all to look more closely at what unites us as democratic people and as Europeans.

So what unites us?

The desire for a Europe with few borders, a Europe connected and offering the prospect of freedom for the greatest number, a democracy in which all can truly participate – not an illiberal democracy like that of Viktor Orban in Hungary. When it comes to democratic participation, there is still room for improvement in Germany too – people first need to be able to participate, which means education and social self-confidence.

What do you foresee for the future?

I see the danger that everything we hoped for – perhaps prematurely – in the 1990s, this triumphant advance in democracy and the rule of law, will be called into question. The utopia that I would like to present is that we will manage to become conscious of political thought again and to emphasize political action.

It would have to be an action beyond adding a Ukrainian flag to my Facebook profile picture. We need to think things through more seriously, not just throw around opinions recklessly – that’s not a political mindset. I would like to see political thinking that goes off the beaten track. Anyone can be a politically active person, it’s the only way to experience to a large extent what it means to be human. This is my hope and my vision for the future.

This interview has been translated from German.

Why scientists still don’t know how to intercept nuclear missiles