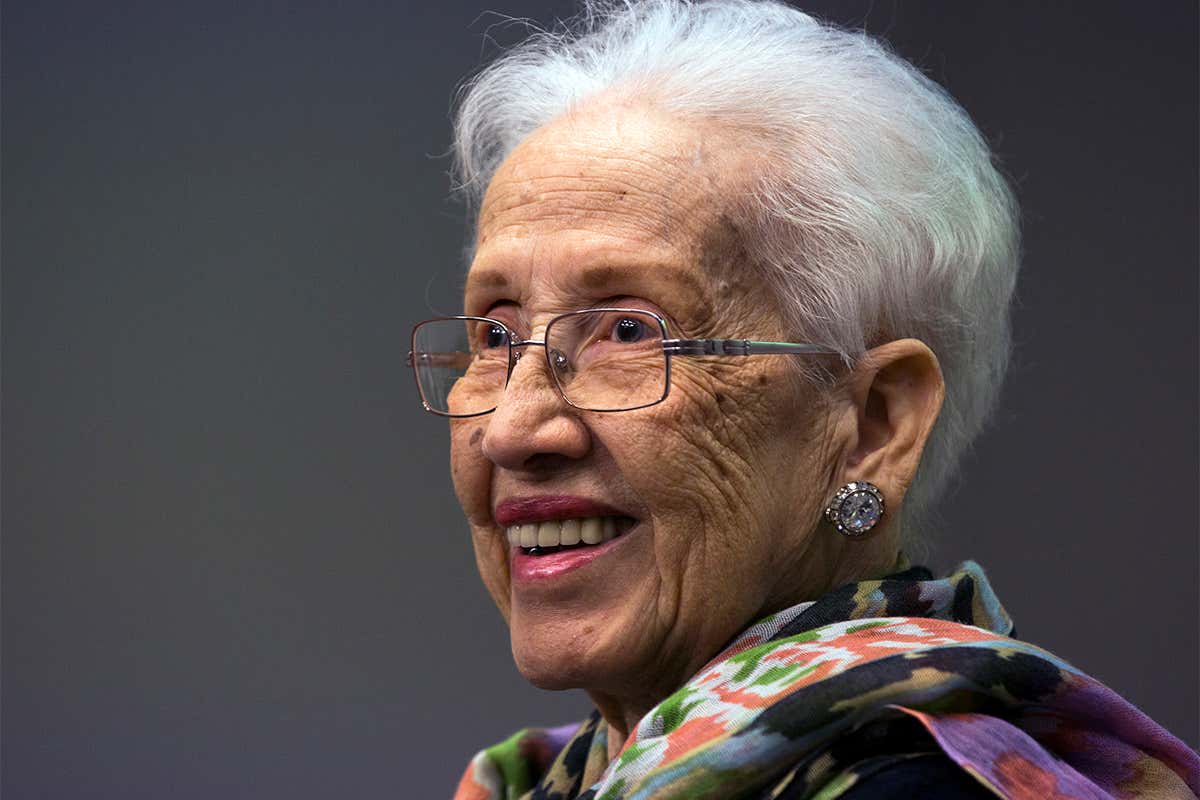 American astronaut John Glenn, who circled Earth three times in 1962 before returning unharmed, insisted that the calculations behind his trajectory be rechecked by Johnson before takeoff.

After a brief stint as a teacher in a public school, Johnson became the first African-American woman admitted to graduate school at the University of West Virginia, entering the graduate mathematics program.

In 1953, Johnson began working in the computer science section of the Black West region of the Langley Aeronautical Laboratory at the National Advisory Committee for Aeronautics (NACA), which would later become the NASA space agency. In addition to the computer pool, Langley’s washrooms and cafeteria were also racially segregated at the time. Johnson refused to use the “colored” toilets and ate lunch at his office.

Less than two weeks after working at Langley, Johnson’s talent landed him a position in the flight research division. Over the next four years, she worked alongside aeronautical engineers analyzing flight test data. At the same time, the space race between the United States and the Soviet Union was intensifying.

In 1957, the Soviet Union launched Sputnik 1 – Earth’s first man-made satellite – and in April 1961, cosmonaut Yuri Gagarin became the first person to travel in space and orbit the Earth. Meanwhile, at NACA (now NASA), Johnson was working on analyzing the trajectory of the United States’ first manned space flight. In May 1961, astronaut Alan Shepard became the first American citizen and the second person in the world to go to space.

Less than a year later, NASA prepared for the mission that would see Glenn become the first American astronaut to orbit the Earth in February 1962. The agency relied on a network of computers, programmed with equations orbitals that would control the trajectory of Glenn’s capsule. . As part of the pre-flight checklist, Glenn instructed engineers to “find the girl” – referring to Johnson – insisting that she run the numbers through the same equations by hand to verify them. computer calculations. â€œIf she says they’re good, then I’m good to go,â€ Johnson recalled, telling the astronaut.

Johnson then joined the Space Mechanics Division, where she calculated the trajectory of the Apollo 11 flight to the moon in 1969 and worked on key calculations that helped synchronize the mission’s lunar lander with the command module and service in lunar orbit. His work helped the United States become the first country to land a person on the moon on July 20, 1969.

Over the course of his career, Johnson has authored several research papers and received numerous awards and honors, including the 2015 US Presidential Medal of Freedom, awarded by President Barack Obama. In 2016, NASA named a new computer research center in his honor.

Johnson’s story was featured in Margot Lee Shetterly’s book Hidden Figures, as well as the 2016 film of the same name. In the film, which tells the story of Johnson and two other African American women – Dorothy Vaughan and Mary Jackson – who worked as NASA mathematicians during the Space Race, Johnson is played by actor Taraji P. Henson.

After the news of his death, James Bridenstine, then a NASA administrator, described Johnson as “an American hero”, adding that “his pioneering legacy will never be forgotten”.

Katherine Johnson was a NASA mathematician famous for her brilliant calculations, which helped American astronauts land on the moon during the space race.