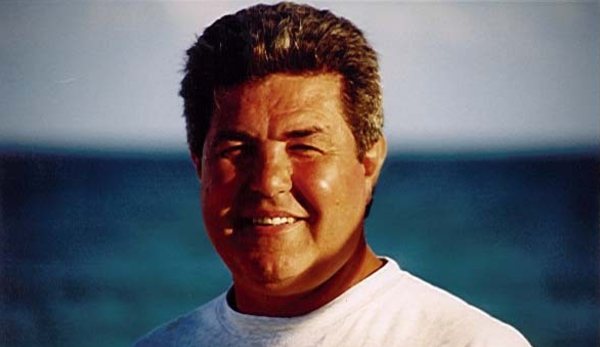 Emmanuele DiBenedetto, a retired math professor who made important contributions to understanding partial differential equations, died on May 11 after a 15-month battle with cancer.

He was born in Lentini, Sicily, on April 4, 1947, to Nunzio DiBenedetto and Elvira Papalino. DiBenedetto was able to attend the Liceo Cutelli di Catania, an excellent public school system, and graduated in 1966. He then wanted to explore new places and worked for some time in France and Germany.

DiBenedetto’s success at Liceo led him to an academic career and he enrolled at the University of Florence. His research career blossomed under the guidance of Professor Carlo Pucci, who encouraged DiBenedetto to apply to the PhD program at the University of Texas at Austin. While in Florence, DiBenedetto met an American student, Heidi Hamm, who would become his lifelong companion and wife. After graduation, they both enrolled at UT â€“ Austin, where she was accepted into the graduate program in Biological Sciences.

As a doctoral student, DiBenedetto has developed a set of new tools to shed light on open problems in the theory of elliptic and parabolic equations. He received a doctorate in philosophy in 1979 and received a postdoctoral fellowship at the University of Wisconsin-Madison before becoming a professor at Indiana and Northwestern Universities.

“Emmanuele DiBenedetto was a powerhouse in the field of real analysis and partial differential equations,” said Gieri Simonett, professor of mathematics at Vanderbilt. â€œHis many and profound contributions to research will leave a lasting legacy. “

DiBenedetto was recruited to Vanderbilt in 2000 as a 100-year-old math teacher. He received an additional appointment as Professor of Molecular Physiology and Biophysics in 2001. His teaching and research at Vanderbilt has focused on the study of partial differential equations, particularly elliptical and parabolic ones. One of his most important contributions to the theory of parabolic partial differential equations is called “intrinsic scaling,” a new way of examining the regularity properties of parabolic equations, which he developed with several. collaborators. In addition, he had research interests in the field of mathematical biology.

DiBenedetto has mentored several graduate students and many postdoctoral fellows who went on to work in various branches of pure and applied mathematics. One of them was Colin Klaus, BA’11, MS’17 and PhD’17, postdoctoral researcher at Ohio State University.

â€œEmmanuele was a brilliant intellectual and passionate mentor whose research interests ranged from some of the more technical and profound fields of mathematics to their applications in neighboring scientific fields, such as biology,â€ said Klaus . â€œHe has created unique collaborative opportunities for me in my scientific career, such as a project to develop a new multi-scale geometric model of visual transduction in photoreceptor cells, and I will always be grateful to him. Emmanuele liked to say that math and research are things you do with your friends. We miss him very much.

Another of his students with fond memories is Naian Liao, MS’11 and PhD’14, a postdoctoral fellow at the University of Salzburg. â€œI would summarize three attitudes I learned from him: problems must have good motivation; never be afraid of calculations; and articles should be written laconically and stay focused, â€Liao said. â€œI also remember once when I got a partial result and couldn’t wait to write and publish it (like many other young researchers). He convinced me to keep it to myself for now and try to make the result more complete and the paper heavier. These attitudes kind of made things temporarily difficult, but the high standards they set clearly show their value later and will absolutely continue. “

DiBenedetto was a prolific writer, author of over 120 articles and six books, several of which had second and third editions. A new book, Harnack inequalities and nonlinear operators, is to come. This is a compilation of the work of mathematicians who participated in a 2017 symposium in honor of DiBenedetto.

DiBenedetto was granted a US patent, an unusual distinction for a mathematician.

He was also editor-in-chief of Mathematical analysis review of the Society of Industrial and Applied Mathematics. In addition, he has served on over 20 editorial boards and has given numerous guest lectures.

DiBenedetto is survived by his wife of 46 years, Heidi Hamm, Professor of Pharmacology and Aileen M. Lange and Annie Mary Lyle Chair in Cardiovascular Research. Other survivors include his sister, Enza DiBenedetto; brother, Aldo DiBenedetto; and her mother, Elvira Papalino.