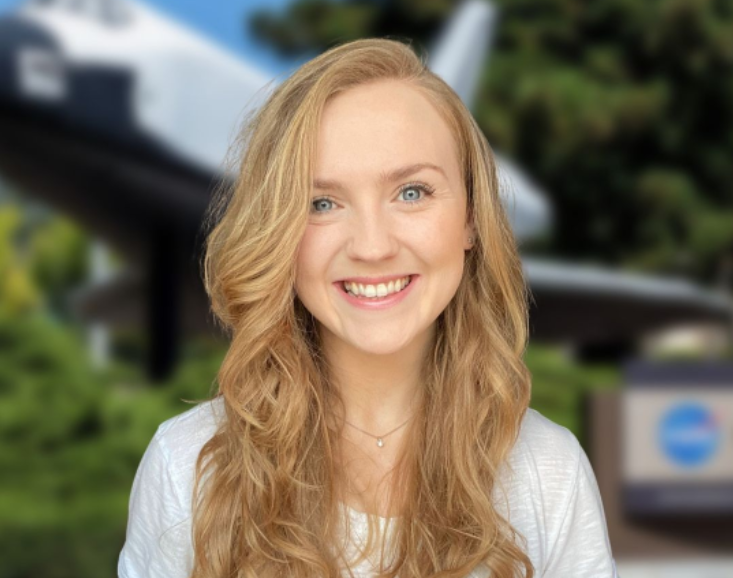 A Belfast mathematician is working with NASA to determine if planets outside the solar system are capable of supporting life.

Dr Caoimhe Rooney has worked with the famous space agency for three years and has revealed that she hopes to one day become an astronaut.

She told BelfastLive that studying maths at university gave her opportunities she didn’t believe were possible.

“It wasn’t until I graduated from Trinity College and did my doctorate at Oxford that I realized how many doors this could open in my career,” Rooney told BelfastLive.

“Because math is the foundation of everything, I can dive into many different areas and as long as you know math, you can break things down into fundamentals.”

Rooney, who works in NASA‘s Planetary Systems Branch, said his job is to determine if exoplanets outside the solar system could harbor extraterrestrial life.

She said her team uses data collected by high-powered telescopes, such as the Hubble and James Webb Space Telescope, which detect light reflected or emitted from different planets.

“I’m involved in modeling these planetary spectra given particular gases in its atmosphere or other characteristics of the planet.”

She said there are many planets that could potentially be suitable for life, but added that it’s nearly impossible to determine without physically going to the planet.

Rooney recently participated in a scientist-astronaut program in Florida, designed to prepare would-be astronauts for spaceflight.

“It’s designed to help scientists prepare for spaceflight with things like spacesuit testing, flight simulations, and aerobatic flights that help the body adapt to the experience of high Gs and G negatives that you would be subjected to during spaceflight.”

Rooney said she hoped to be in a good position to be selected for spaceflight in the near future and added that she was aiming for a suborbital flight with Virgin Galactic.

I am delighted and honored to be included in the @Forbes List of 30 under 30 in Europe for science and health! I’m so lucky to be doing the job I love at NASA and striving to increase the representation of women in math through @mathematigals. pic.twitter.com/kYlncNTPdn

The Forbes profile says: “Rooney is the only mathematician within a group of NASA Ames astrophysicists to study the atmospheres of exoplanets to understand how they formed, what they are made of, and whether they could harbor extraterrestrial life.

“She is also a co-founder of Mathematigals, an educational initiative aimed at increasing the representation of women and girls in mathematics and STEM.”

A spectator last season, Boldy is now a key figure in the Wild’s lineup

Top photo: An anthropomorphic figure depicted in the rock art appears to be wearing some sort of patterned clothing and a belt while standing on one leg.