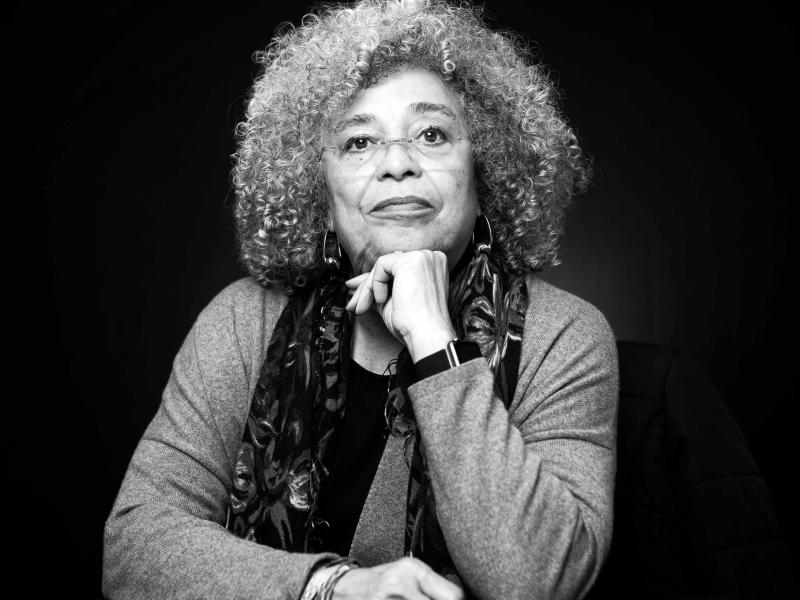 Educator, author and activist Angela Davis to speak in Oswego on February 9

The event – ​​which will also include student performances and readings – is free and open to the public. Sponsored by the college’s Division of Student Affairs, the celebration will begin at 6:30 p.m. on February 9 at the Waterman Theater in Tyler Hall, with doors opening at 6 p.m.

UPDATE: A live stream will be simulcast to the SUNY Oswego Syracuse campus, all necessary overflow rooms on the Oswego campus and in a password protected manner for remote learners as well as faculty, staff and the old ones. Registration is open for online access.

“You should consider attending the MLK Celebration if one of your goals in life is to live without regrets,” said Takayla Beckon, student union president and member of the event’s organizing committee. “Get ready to show up and witness an incredible celebration of Dr. Martin L. King Jr.!”

Through her activism and scholarship over many decades, Davis has been deeply involved in social justice movements around the world. Her work as an educator – both at the academic level and in the broader public sphere – has consistently underscored the importance of building communities of struggle for economic, racial and gender justice.

Her teaching career has taken her to San Francisco State University, Mills College, and UC Berkeley. She has also taught at Stanford University, UCLA, Vassar, Syracuse University and Claremont Colleges. Most recently, she spent 15 years at the University of California, Santa Cruz, where she is now Emeritus Professor Emeritus of the History of Consciousness — an interdisciplinary doctoral program — and Women’s Studies.

Davis is the author of 10 books and has lectured in the United States as well as in Europe, Africa, Asia, Australia and South America. In recent years, a persistent theme of his work has been the range of social problems associated with the incarceration and widespread criminalization of communities most affected by poverty and racial discrimination. She draws on her own experiences in the early 1970s as someone who spent 18 months in prison and on trial, after being placed on the FBI’s “Ten Most Wanted List”.

She has also conducted extensive research on many issues related to race, gender and imprisonment. His recent books include “Abolition Democracy” and “Are Prisons Obsolete?”, about the abolition of the prison industrial complex; a new edition of “A Narrative of the Life of Frederick Douglass”; and collections of essays, including “The Meaning of Freedom” and “Freedom Is a Constant Struggle: Ferguson, Palestine and the Foundations of a Movement.”

Like many educators, Davis is particularly concerned about the general tendency to devote more resources and attention to the prison system than to educational institutions. Having helped popularize the notion of the “prison industrial complex,” she now urges her audience to think seriously about the future possibility of a world without prisons and help forge what she calls a 21st century abolitionist movement.

Davis is a founding member of Critical Resistance, a national organization dedicated to dismantling the prison industrial complex. Internationally, she is affiliated with Sisters Inside, an abolitionist organization based in Queensland, Australia, which works in solidarity with women in prison.

“I believe Angela Davis is an amazing choice as a keynote speaker because of her versatility in advocacy,” Beckon said.

Beckon noted that Davis has been an advocate for the oppressed for decades and has left his mark on the world in ways ranging from his activism in the grassroots effort to free Davis from prison to his participation in the Black Power Movement. Davis is also the author of many influential books, including the most recent, “Abolition. Feminism. Now.”, Beckon said.

The evening of February 9 will also include special hours (from 5 p.m. to 9 p.m.) for “. . . While Black,” an exhibition at Tyler Hall Corner Gallery, Room 208, starting fall 2021, Artist-in-Residence Ellen M. Blalock. This installation of photographs, quilts and words uses the bird as a metaphor to embody the experience of Black people in relation to their freedom, past, present and future. Its regular hours are 9 a.m. to 4 p.m. weekdays through February 18.

To continue to ensure the health and safety of the campus community, all spectators aged 5 and over) must present proof of having completed a full series of COVID-19 vaccinations or recent proof of a negative COVID-19 test. Visit oswego.edu/oswego-forward for more information.