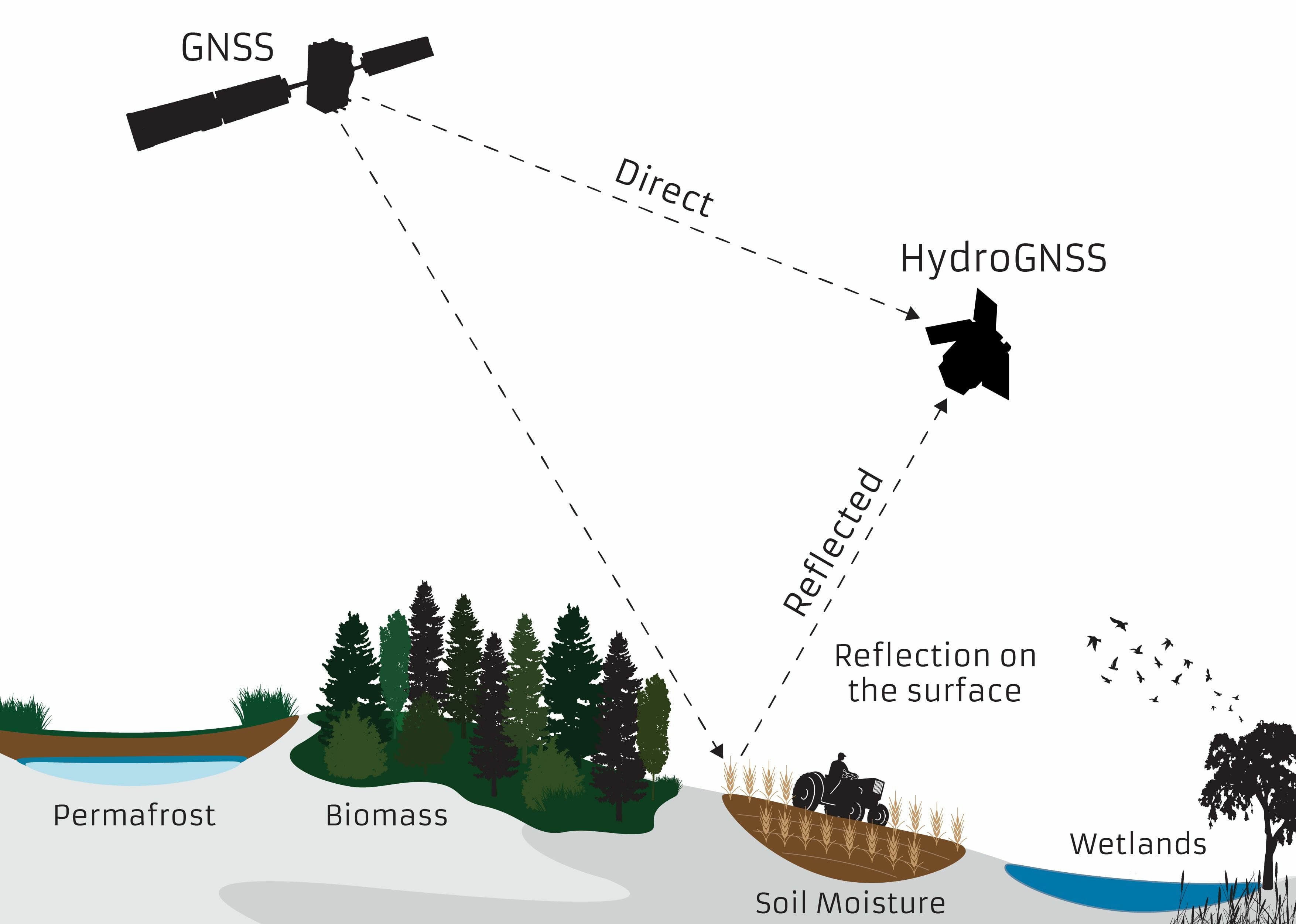 A project supported by the Discovery element of ESA’s core activities funding program recently investigated a GNSS-based technique for accurately measuring ocean surface topography (OST). The project was based on an idea submitted by the Institute for Space Studies of Catalonia (IEEC) through the Open Space innovation platform.

OST is the study of the height of the ocean surface above the geoid, that is, the shape the ocean would have if all its currents and tides were calmed. OST is important for a variety of scientific and societal applications, such as current forecasting, climate research, ship routing, cable laying, and debris tracking. Other areas of application include fisheries management, shipping and offshore operations.

Observation of the Earth from space is the primary conventional means of monitoring the ever-changing shape of the sea surface. designed to carry out such measurements, in particular within the framework of the TOPEX/Poseidon, Jason-1 and Jason-2 missions.

The GNSS-based approach taken by the ESA project was to assess satellite navigation signals reflected from the ocean surface at very low angles. At these so-called grazing angles, localized ocean waves and surface roughness have very little impact on the reflection process; the surface of the sea essentially acts as a very smooth mirror. Under these conditions, it is possible to obtain a very precise measurement of the surface altitude, with an accuracy of only a few centimeters.

Project partners, including IEEC, imedea, SOCIB and DLR, specially designed a novel GNSS receiver and collected reflected GNSS signals around the Balearic Islands in the Western Mediterranean. The team then processed the signals for optimized sea surface shape measurements.

ESA technical officer Manuel Martin-Neira said the results were very useful and paved the way for a new project called PRETTY (Passive Reflectometry and Dosimetry), which will perform grazing-angle GNSS altimetry from the ‘orbit. This CubeSat mission will host two science payloads, one of which will include a passive reflectometry system. It will use GNSS signals, both direct and reflected from the ocean surface, to observe differences in height of ice and water surfaces.

The ground footprint for reflective measurements is approximately 15 km x 15 km, sufficient resolution to significantly improve our understanding of global ocean energy transport and its role in climate change. PRETTY is expected to launch later in 2022.

HydroGNSS is another similar project funded by ESA and currently being launched. Partners led by Surrey Satellite Technology Ltd (SSTL) will use GNSS reflectometry to provide measurements of key hydrological climate variables including soil moisture, freeze-thaw state over permafrost, flooding and wetlands, and aboveground biomass. HydroGNSS is part of a wider series of ESA missions aimed at demonstrating the ability of small satellites to provide value-added science, either by miniaturizing existing technologies or using new sensing techniques.

What happened to the success of the United States in women’s figure skating? | Launderer’s report