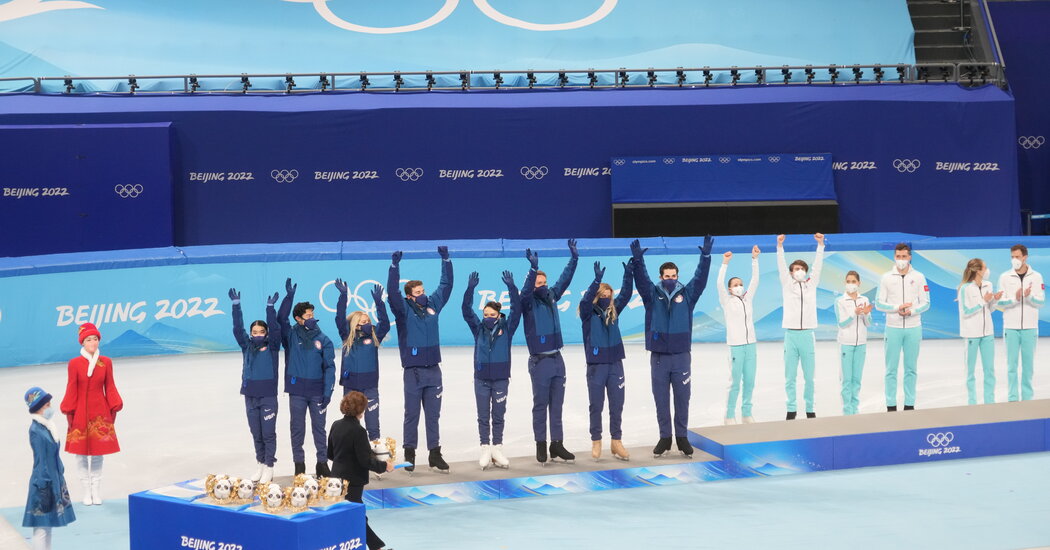 Members of the USA figure skating team will have to wait an unknown period of time – possibly even a day or more – before they get their hands on the medals they won in the team event at the Beijing Games.

The ceremony was abruptly postponed shortly before it was due to start on Tuesday evening, according to a US Figure Skating official who said the athletes were given no reason for the delay. The American figure skaters and ice dancers were wearing their team attire and were about to leave for the ceremony when they were told to turn back, the official said.

A spokesman for the International Olympic Committee, Mark Adams, called the delay an “emerging problem” at a press conference Wednesday. He said Olympic officials were consulting with lawyers and the International Skating Union, the sport’s world governing body, to resolve the issue.

“A situation arose today in the short term that requires legal consultation with the ISU,” Adams said. He added that the IOC would provide an update later on Wednesday and the matter would “become clearer”.

The team event is a mixed competition that debuted at the 2014 Games in Sochi, Russia. A Russian team won that year and also won silver (behind Canada) four years later in Pyeongchang, South Korea. The United States has won the bronze medal at the two previous editions of the event.

This year, the American team, led by three-time world champion Nathan Chen, finished second to the Russian team at the end of the event on Monday. The Russian team dominated the competition, led by their new star, 15-year-old Kamila Valieva. Japan finished third.

It was the best finish in team event history for the United States, which has won bronze at the last two Olympics.

The team event takes place over several days. In it, each country is represented by individual male and female skaters, a team of pairs and an ensemble of ice dancers. Athletes compete in multiple rounds of performances and scores are combined to crown a winner.

The event can showcase the breadth of a team’s skating talent, but team events also come with risks. Germany and Ukraine failed to score points in parts of this year’s competition after losing athletes to positive coronavirus tests, ending their slim medal hopes.

But the disqualification of an athlete from a medal-winning team – a common occurrence in other Olympic sports – means the loss of that athlete’s points. This could change the final ranking.