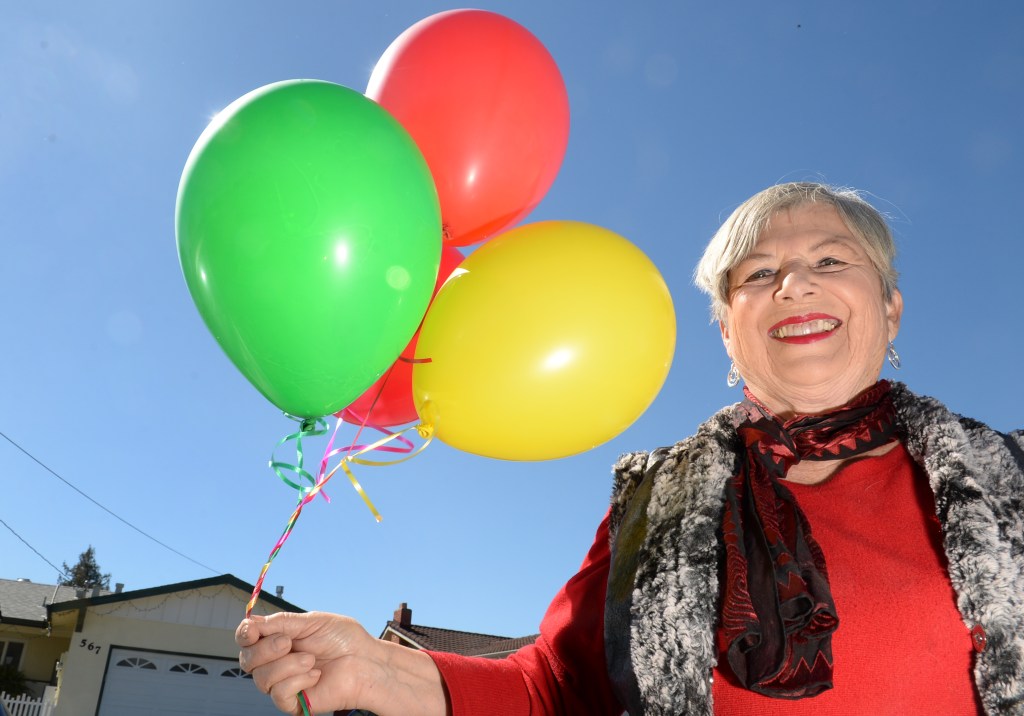 There’s not much Veronica Champion can’t do with balloons. In the past 35 years at the helm of her mostly female company, Balloons by Design, she has done everything from making ice cream cones for Silbermann’s Ice Cream, based in San Rafael, to the Golden Gate Bridge, in passing through potted flowers and palm trees, spiders and seahorses. and other colorful creatures.

Champion, a U.S. figure skating gold medalist who taught the sport for 10 years before getting into the ball business, uses her eye for design and color she developed during her time in the world of skating in her creations which she assembles from her San Rafael home. At 81, she has no plans to quit anytime soon.

Q What inspired your career change?

A I was living in Los Angeles and the man I was married to had a horrible accident. This lawyer sent me a hot air balloon and a bottle of champagne and I thought that was the best gift. I went to a balloon company in Redondo Beach and asked for a job. I didn’t get hired, but I said, wow, I want to do this. When I moved here, I got a job with a balloon company. I especially liked delivering them because it made people so happy.

Q What prompted you to start your own business?

A My daughter inspired me. I worked at the Mt. Tam Racquet Club as a bartender and the club manager was getting married, so I said I’d like to decorate the reception and he said yes. It was my first job. I found my career that I love.

Q What drove you to do this for over 30 years?

A I love creativity. It is never the same and it brings a lot of joy and happiness to people. I once brought balloons to an octogenarian and he said, “It’s just not a party without balloons,” and I thought, “I’m going to use that one.”

Q How has figure skating helped your career?

A My mother made all my costumes and I accompanied her to choose the colors. She helped me coordinate all the colors and styles, so I’ve had an eye for color since I was young. I think people are sometimes afraid to use colors, but for me that makes it so much more interesting and fun.

Q When did you start figure skating?

A When I was 9 years old. I never wanted to leave the ice. My neighbor’s daughter skated and she told me about the ice skating teacher they had and introduced me to her. She was the best mentor of my life. I went to Canada with her for the summer to skate at a summer school and a teacher who was a North American champion. It was really fun, it was a beautiful childhood, every morning I was at the ice cream at 6am before school.

Q What were the differences in careers?

A I have attended many balloon conventions and everyone was so willing to share what they know about balloons. I learned so much. I thought it was so different from skateboarding, because they were so competitive and jealous.

Q What is your signature design?

A That I like color, so I coordinate all the colors in my bouquets or decoration. I like to make it splashy and beautiful. I think it’s really important, the colors you use.