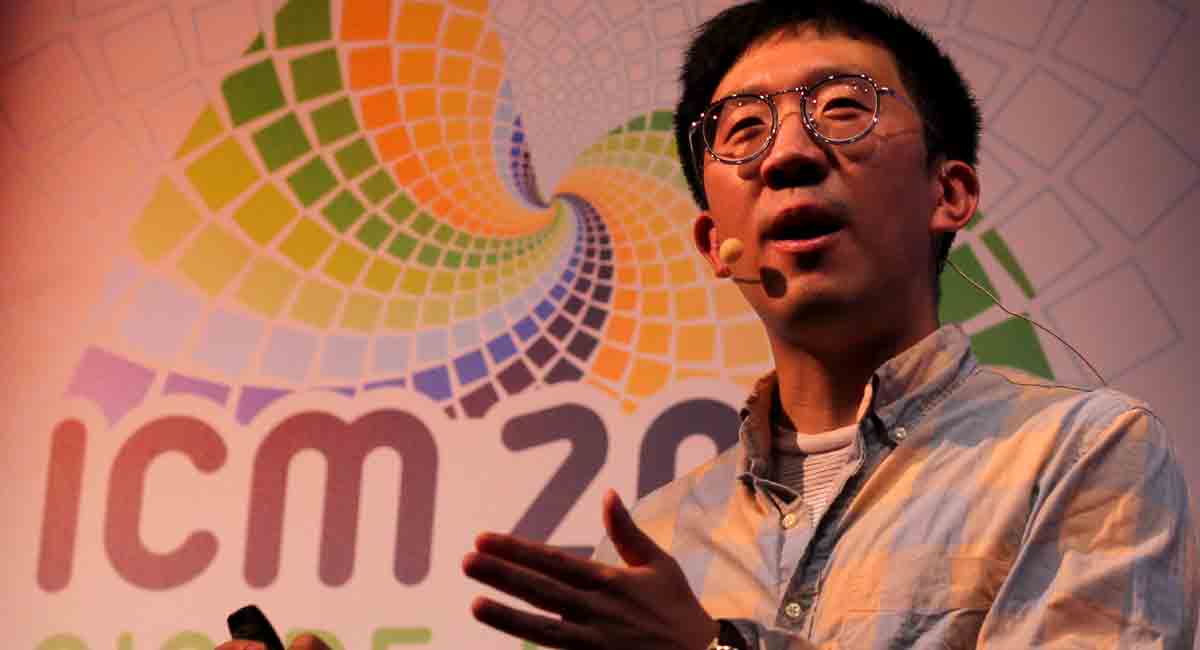 Hyderabad: A Korean-American mathematician, June Huh, recently won the prestigious Fields Medal, often referred to as the “Nobel Prize in Mathematics.” But unlike other acclaimed mathematicians, Huh was not a mathematical prodigy growing up. In fact, he said he wasn’t good at math.

He was born in 1983 in California, where his parents were finishing their higher education. Once done, they moved to Seoul in South Korea. His father taught statistics and his mother Russian language and literature.

In his interviews, Huh said he didn’t really like going to school. Although he liked to learn, he couldn’t in a typical classroom. To quench his thirst for knowledge, he read volumes of encyclopedias and absorbed knowledge from his surroundings.

From an early age, he often avoided mathematics whenever possible. He certainly had no interest in becoming a mathematician. He wanted to be a poet. At the age of 16, he dropped out of high school to pursue his creative dreams, but none of his writings were published.

Huh eventually enrolled at Seoul National University where he majored in physics and astronomy. He also met his wife, Nayoung Kim, in college. But there was always a lack of clarity in his approach to building a career, and he frequently skipped classes.

It took him about six years to graduate, and in his sixth year he enrolled in a math class taught by Heisuke Hironaka, a famous Japanese mathematician, himself a Fields Medal recipient. This can be seen as a turning point in Huh’s life and the beginning of his ever growing passion for mathematics.

Hironaka’s lectures were different from others. It would teach what it was currently working on unlike other undergraduate courses, where all the answers were already available. That’s what caught Huh’s attention when he felt he was trying to do something no one really knew how to do.

He then completed a master’s degree in algebraic geometry and singularity theory at Seoul National University, while frequently traveling to Japan with Hironaka and acting as his personal assistant.

When Huh applied to American universities for his doctorate, he was rejected by all but one. The University of Illinois accepted him and he did his doctorate. studied there in 2009, before being transferred in 2011 to the University of Michigan. He graduated in 2014 with a thesis written under the supervision of Mircea Mustata at the age of 31. By then, Huh had realized that math gave him what poetry couldn’t.

During his doctorate, Huh solved a theory that had not been solved for over 40 years. Since then he has received several other awards and honors, the latest being the Fields Medal for applying the ideas of Hodge’s theory to combinatorics, which deals with the study of countable discrete structures, to solve problems.

From avoiding math as a child, to trying his hand at poetry, developing an interest in math, and being a successful mathematician today, June Huh’s journey proves that he It is not necessary to understand life at an early age. Sometimes going with the flow is all you need to do.