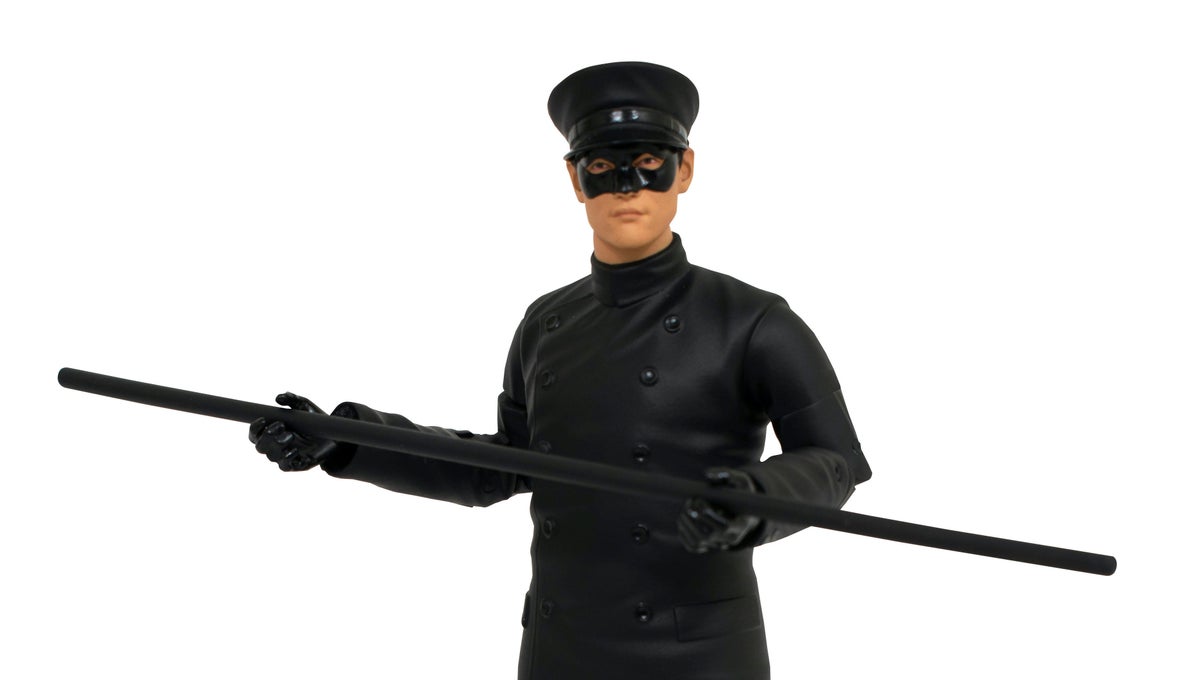 Diamond Select Toys is ready to roll out a new figure based on Kato, the Green Hornet’s sidekick. The figure will be available for pre-order starting Friday, and ComicBook.com has an exclusive first look below, courtesy of DST. The figure is the latest in their line of deluxe action figures, which retail for around $25 and feature multiple points of articulation, as well as interchangeable parts and accessories.

Kato first appeared on radio in 1936, played by Raymond Hayashi. He would later be played by Keye Luke in the theatrically released soap operas Green Hornet, Jay Chou in a 2011 feature film adaptation, and martial arts legend Bruce Lee in a 1960s television adaptation.

It’s the version of Lee that’s both the most famous and most closely resembles the figure of DST, which makes sense: in 2021, DST partnered with Green Hornet Inc. and the Bruce Lee Estate to publish a screen-accurate bust of Kato.

You can check out some photos of the figure below.

Below you can view the complete descriptive text and ordering information.

The Green Hornet television series aired from 1966 to 1967 and was created by William Dozier, the producer of the Batman television series which hit at the same time. The series had 26 episodes, and the characters appeared on Batman three times. Green Hornet never had the massive following of Batman, but became a cult classic in the years that followed, thanks in large part to the presence of Bruce Lee. Back when Green Hornet was on the air, no one had yet realized that Lee would become an icon of American pop culture.