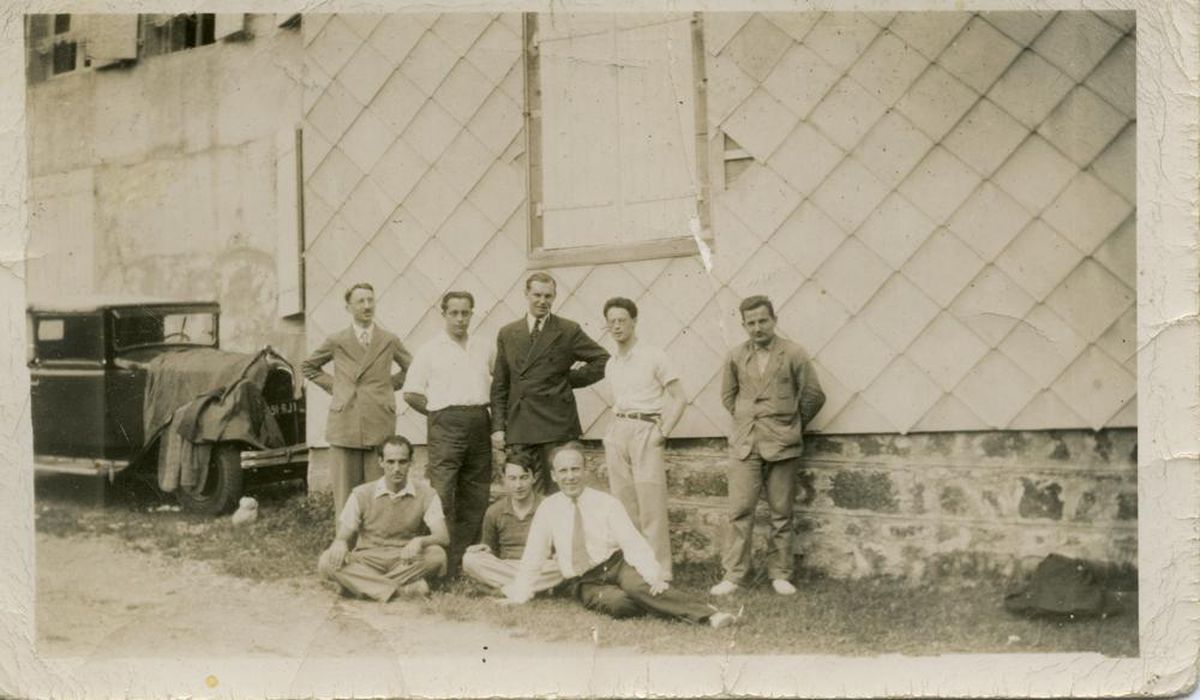 Nicolas Bourbaki: What happened to the most famous (and nonexistent) mathematician of all time? | United States

Few fictional characters have populated the archives as much as Nicolas Bourbaki, a pseudonym under which a secret group of French mathematicians wrote a general treatise on the discipline, Mathematics Elements, over the past 90 years. The group fleshed out their character with bills for office supplies, sonnets allegedly written by Bourbaki, an invitation to his daughter’s wedding, and even a furious response from the American Mathematical Society to his attempt to become a member in 1950. Today ‘ hui, the presence of Bourbaki extends to the streets of Paris.

Anyone walking down rue Soufflot du PanthÃ©on towards the Jardin du Luxembourg will find themselves at the corner of boulevard Saint Michel, where a commemorative plaque was erected in August by the City of Paris. It reads: â€œThe group of mathematicians N. Bourbaki took shape for the first time on December 10, 1934, at the CafÃ© Capoulade, which occupied this location. The idea of â€‹â€‹a commemoration was proposed by the mathematician and author Roger Mansuy. It’s an unusual adornment for a hub that has hosted a fast food parade, since the day the founding members started meeting with the idea of â€‹â€‹writing a math textbook.

What happened to Bourbaki? Did the group suffer the same fate as the cafe where it was founded? Despite the assertion in 1998 by Pierre Cartier, secretary of the group for decades, that “Bourbaki is dead”, the adventure continues. The most visible sign of life is the Bourbaki Seminar, which since its creation in 1948 has only been interrupted once, last year, at the height of the coronavirus pandemic. The idea is nonetheless innovative in its simplicity: to share an outside perspective on the latest significant advances in geometry, analysis or numerical theory, to make them more accessible to the rest of the mathematical community.

Does it make sense, in the context of current scientific practices, to spend so much time working on books knowing that their impact is increasingly limited?

These one-hour talks are the culmination of a long process of understanding and synthesizing – and sometimes transforming – the chosen theorems. The information is then condensed into a text of approximately 30 pages, which is distributed to the participants of the seminar and then published in the mathematical journal. Asterisk. The process is not without its risks: on occasion, the whole way of thinking about some mathematical objects has been changed forever and on others fatal flaws have been discovered in original published works. In recent years, these Saturday meetings have been preceded by the Betty B seminar, created in honor of Bourbaki’s supposed great-granddaughter, with the aim of making it easier for students to understand some of the following day’s presentations. masters and doctorate.

After several online sessions, the seminar will return in all its glory with a face-to-face meeting on the first Saturday in October in its historic headquarters, the Henri PoincarÃ© Institute. Four guest speakers will present what they have been working on night and day over the past few months: not their own work, but that of their colleagues.

It is surprising to find such a willingness to share in those who associate Bourbaki with the image of an author of austere texts which changed the course of mathematics in the 20th century and – almost always in spite of himself – the way in which mathematics were taught in schools. The influence of Bourbaki’s textbooks is considerably lighter today than it was 50 years ago, perhaps paradoxically because their style has become completely entrenched among mathematicians: symbols commonly used as l empty set, or words as an injective, did not exist before Bourbaki invented them. Nor the idea of â€‹â€‹organizing a text into independent statements, each followed by its manifestation.

Ninety years later, the group’s efforts to find the definitive presentation of the most useful elements of mathematics have not faltered. In 2016, Bourbaki published a new text, its first for 20 years: Algebraic topography. In 2019, a revised edition of the first volume of Spectral theory has been published, which will soon be followed by an unpublished second part devoted to one of the key discoveries of the theory of representations in compact groups: the Peter-Weyl theorem.

To draft these treaties, the 10 active members of Bourbaki – who in principle remain secret – meet every summer in congress. Following the methods adopted by the founders of the group, they read aloud, word for word, the essays that the person in charge of each topic has meticulously prepared during the year. Few sentences are read in one sitting without being completely transformed. At the end of the congress, the manuscript was emptied. And then it starts again. Nothing is approved for publication if unanimity is not obtained. The process of publishing a new text can take over 10 years from start to finish.

Does it make sense, in the context of current scientific practices, to spend so much time working on books knowing that their impact is increasingly limited? The members of the group are among the first to ask this question. They argue, they argue for and against, they hardly ever agree on anything, and yet they keep writing.