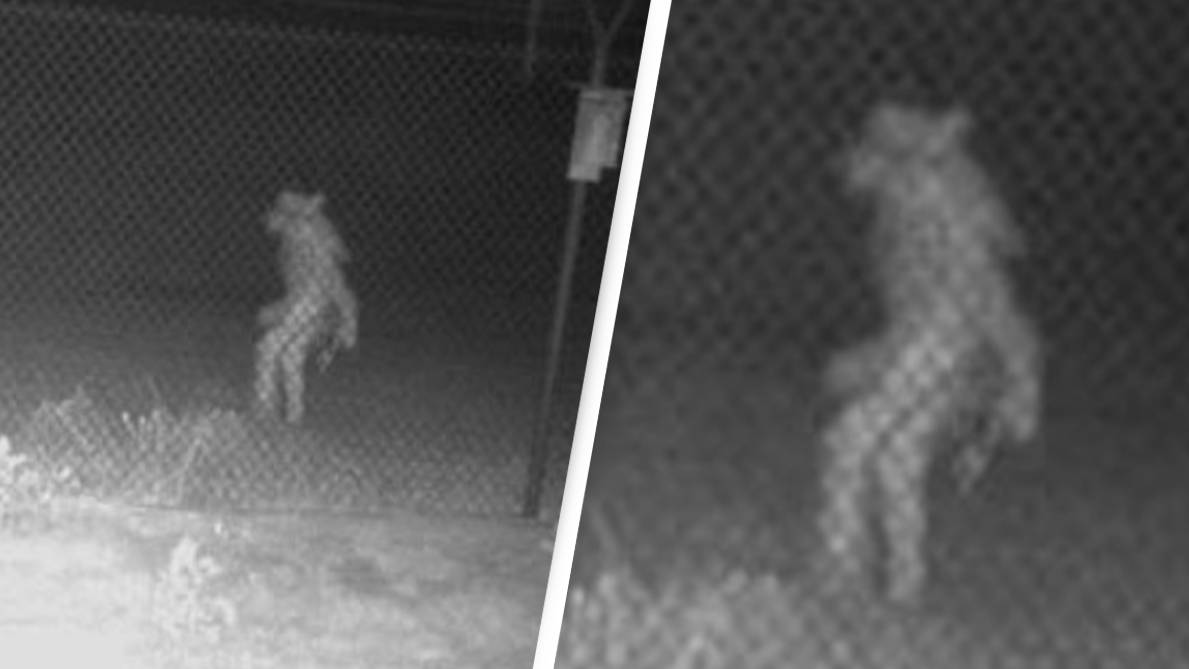 Authorities are asking for help in identifying a strange and mysterious creature captured by a zoo’s surveillance camera.

The city of Amarillo is appealing for help to anyone who can tell them what the mysterious creature filmed at the Amarillo Zoo is.

According to News Channel 10, zoo security cameras spotted the figure prowling inside a compound fence at 1.25am on May 21.

Take a look at the KTLA 5 images below:

Zoo staff spotted the strange image while browsing through footage taken by their security cameras and they have absolutely no idea what the creature was.

In fact, neither have city officials who brought the mystery to the public partly in hopes of getting closer to the truth and partly so everyone can have fun guessing what the thing could be.

The suggestions were plentiful and quick, although it’s clear no one really has a clue what this weird creature is and everyone decided to have a little laugh.

One of the most popular suggestions was “a person in a fur suit”, as many wrote, although this begs the question of how they got into the zoo in the middle of the night and what they were doing there.

Others have suggested it could be the legendary American creature, the Chupacabra, an animal believed to prowl and drink the blood of other animals at night.

If so, that answers the question of what he was doing while wandering the zoo, but raises a host of others about the sudden reality of the legendary creatures.

Netflix show fans stranger things pointed out that he resembled the monstrous Demogorgon from season one, which is bad news for us if that somehow turns out to be true.

The real answer to the question “what is this creature” is that we don’t know, but any weird suggestions we can offer will be better than the truth.

Currently, the creature is referred to as an “Unidentified Amarillo Object” or UAO, though that doesn’t get us closer to defining what this freak of nature really is.

The Amarillo Zoo captured an eerie image outside the zoo in the dark and early morning of May 21 (around 1:25 a.m.). Is it a person with a weird hat who likes to walk around at night? A chupacabra? Do you have any ideas what this unidentified UAO Amarillo object might be? pic.twitter.com/86Ly9ogtBT

Michael Kashuba, Director of Parks and Recreation for the City of Amarillo, told News Channel 10: “We’d love to hear feedback from the community on what they think this could be. It’s a very unique image. , and we’re excited to see what the community thinks. The photo is absolutely real.

Still, with all the suggestions floating around the internet, someone’s likely to stumble upon the correct answer at some point, or maybe they’ve done it before and just don’t know. .