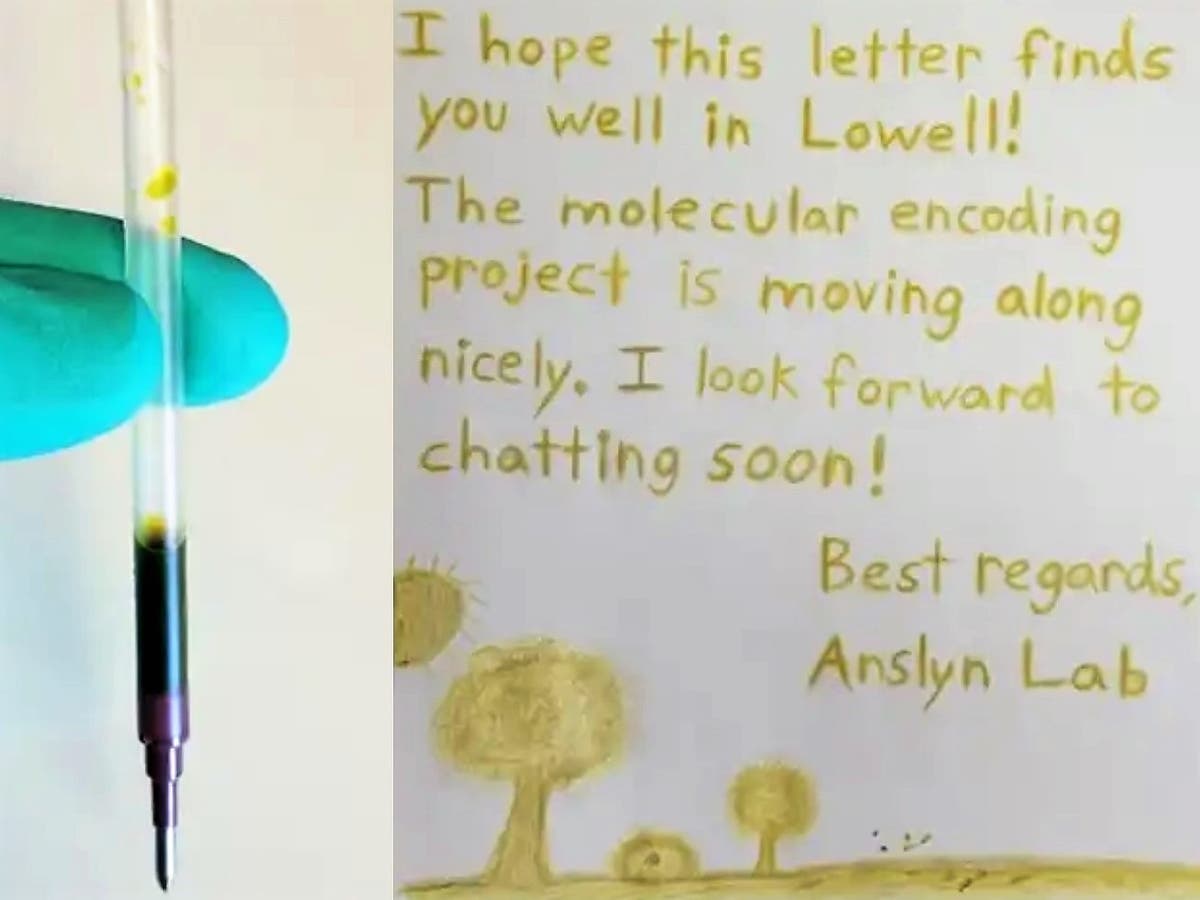 Scientists discover how to store secret data in ink

Scientists have created an ink capable of hiding an encryption key to decode hidden secret messages.

The steganography technique, developed at the University of Texas, was used to hide a key to unlock a text file from The Wonderful Wizard of Oz in a letter of 30 words.

A sample of the ink, which contains polymers that store data, is all that was needed to act as the cipher to unlock the encrypted file.

“Because it is a polymer with a very specific sequence, the units along that sequence can contain a sequence of information, just like any sentence contains information in the sequence of letters”, said Eric Anslyn of the University of Texas. new scientist.

“The density of information is breathtaking.”

Alan Woodward from the University of Surrey added: “The idea of ​​writing a message but the real hidden message is contained in the molecular structure of the ink is fascinating, although it may not be the most more practical.

Researchers hope to continue developing the technique to find real-world applications for the technology, such as hiding secret messages in letters and plastic objects.

“This paradigm has significant potential for storing and encrypting widely accessible molecular information,” concluded a paper detailing the achievement.

“Future iterations will seek to robotically automate the writing and reading processes, improving its accessibility and practicality for real-world applications.”

The paper, titled “Molecular Encryption and Steganography Using Simultaneously Sequenced and Sequence-Defined Oligourethane Mixtures,” was published by the American Chemical Society this month.

Simmons: I’m still trying to figure out what I can and can’t do