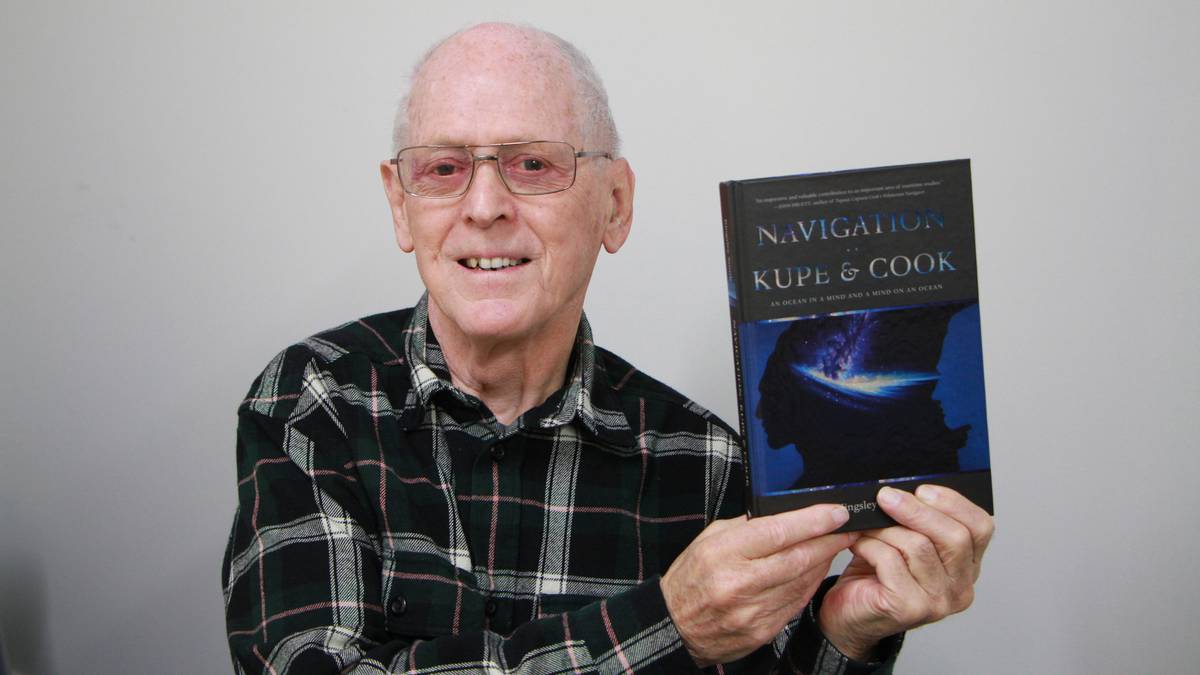 In Navigation: Kupe & Cook, Kingsley examines the beginnings of ship travel when man migrated from Africa 50,000 years ago and arrived on the prehistoric continent of Sahul that would become mainland Australia, the east from Indonesia, New Guinea and Tasmania.

Kupe was the legendary Polynesian explorer and navigator who is considered by many to be the first human to discover Aotearoa in New Zealand. Kupe figures prominently in the mythology and oral history of some iwi.

The book ends with Cook’s voyages to the South Pacific where he was aided by the Polynesian master navigator Tupaia.

The seeds of Navigation: Kupe & Cook were sown when Kingsley was living in Whitianga. The original name of the town is Te Whitianga-Nui-a-Kupe, the crossing point of Kupe.

In 2012 the town center underwent an upgrade and Kingsley’s idea of ​​developing a navigation-based theme was adopted.

“There are streets named after Kupe and after Cook and his team – so I came up with a navigation theme for the town. I did some research and submitted it and they agreed. “

His interest piqued, Kingsley continued his research, eventually starting a blog he wrote until three years ago.

“I thought, ‘I’m interested in this and I need to do something different from what I’ve been doing for a long time because I was bored, so I started writing a book.’

He began to compare the navigation systems of early explorers and those of European explorers.

“So basically it’s European or Western against the people of Pacifika – I just dove into it.”

He says the Europeans were determined to find exactly where they were so they could get from that point to another specific point.

Early navigators used the stars to travel both east to west and north to south.

“The Polynesians weren’t too worried about it. They had to go somewhere close to where they were going – maybe 20-30 km – and then use a lot more local stuff to get to where they wanted to go. So the stars were a very broad guide.”

Locally, they used birds, changes in swell patterns that were charted in bar charts, changes in temperature, changes in water salinity, and floating algae to indicate proximity to land.

Kingsley says the book will appeal to anyone with an interest in the sea and thinks people in schools and libraries will be interested.

■ Kingsley will have a book signing at Te Puke Paper Plus on June 10 between noon and 1 p.m.