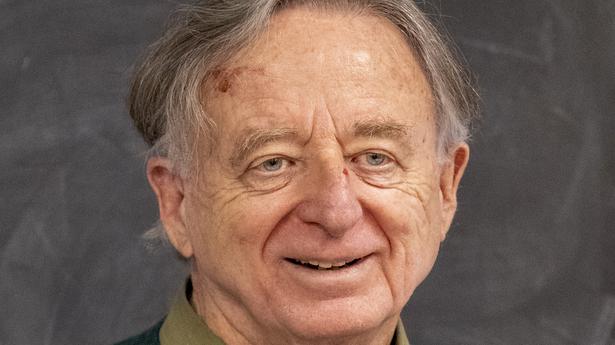 One of Abel Prize winner Dennis Parnell Sullivan’s major breakthroughs is to develop a new way of understanding rational homotopy theory, a subfield of algebraic topology.

One of Abel Prize winner Dennis Parnell Sullivan’s major breakthroughs is to develop a new way of understanding rational homotopy theory, a subfield of algebraic topology.

The Norwegian Academy of Sciences and Letters awarded the Abel Prize of the Year 2022 to American mathematician Dennis Parnell Sullivan, who is part of the Graduate School and University Center at the City University of New York and the State University of New York at Stony Brook. The citation mentions that the prize was awarded, “For his groundbreaking contributions to topology in its broadest sense, and in particular its algebraic, geometric, and dynamical aspects.”

Topology is a field of mathematics that originated in the 19th century and concerns the properties of surfaces that do not change when deformed. Topologically, a circle and a square are identical; similarly, the surfaces of a donut and a one-handled coffee cup are topologically equivalent, but the surface of a sphere and a coffee cup are not equivalent.


This mapping was what excited Dennis P. Sullivan when he was in his second year of a chemical engineering course at Rice University, Texas. “For me, the epiphany was watching the professor explain that any surface topologically similar to a ball, and whatever its shape – a banana or Michelangelo’s statue of David, could be placed on a perfectly round sphere. so that the stretch or compression required at each point is the same in all directions at each point,” he said. Also, the match was unique once the location of three points was specified and these points could be arbitrarily specified… “It was broad, deep and absolutely beautiful,” he recalls.He immediately changed his major to mathematics, which became his lifelong interest.

He was so struck by this concept that he used it in later research, particularly during a 10-year struggle to mathematically prove, in 1990, a numerical universality discovered by physicists in the mid-1970s. .

The release further states that Professor Sullivan found deep connections between various areas of mathematics. One of his major breakthroughs is to develop a new way of understanding rational homotopy theory, a subfield of algebraic topology. Later, in the late 1970s, he started working on dynamical systems, a field considered far removed from algebraic topology. Dynamical systems are the study of a point moving in geometric space.

In 1999, he and his wife and collaborator, Moira Chas, discovered a new invariant for a loop-based manifold, creating the field of string topology.