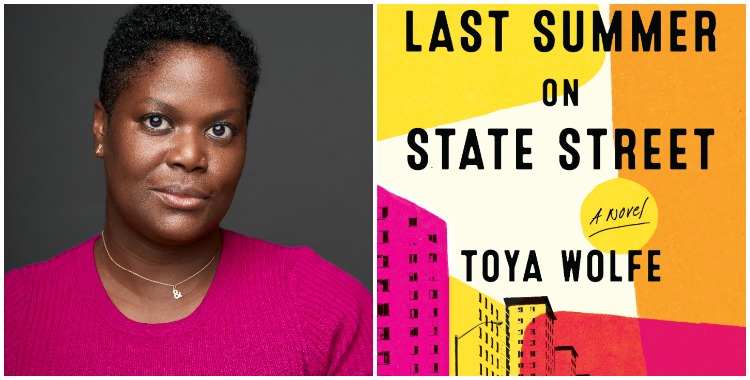 The book stand (811 Elm Street in Winnetka) presents its first novelist Toya Wolfediscussing his already acclaimed book Last summer on State Street on Thursday June 23rd at 6:30 p.m.. Ms. Wolfe will speak with a Chicago-based writer, editor and educator Kathleen Rooney. Last summer on State Street is a gripping coming-of-age debut about friendship, community, and resilience, set in Chicago’s housing projects over the course of a life-changing summer. This program is free and open to the public.

Learn more about the book: Felicia “Fe Fe” Stevens lives with her loving and watchful mother and her older teenage brother, whom she adores, in building 4950 of Robert Taylor Homes in Chicago. It’s the summer of 1999, and his skyscraper is the next to be demolished by the Chicago Housing Authority. She, along with devout Precious Brown and Stacia Buchanan, daughter of a Gangster Disciple Queen-Pin, form a tentative trio and, for a brief moment, carve out a simple life of Double Dutch and innocence. But when Fe Fe welcomes a mysterious new friend, Tonya, into their fold, the dynamic changes, turning the lives of all four girls upside down.

Last summer on State Street explores the risk of connection in the context of racist institutions, the restorative power of knowing and reclaiming one’s own past, and those defining relationships that form the heartbeat of our lives. Interweaving moments of reckoning and grace, first author Toya Wolfe has crafted a defining story of finding a home – both in its history and in itself.

Author Toya Wolfe grew up in the Robert Taylor Homes on the South Side of Chicago. She earned a master’s degree in creative writing from Columbia College in Chicago. His writings have appeared in African Voices, Chicago Journal, Chicago Reader, Hair Trigger 27and Warp Land. She is the recipient of the Zora Neale Hurston-Bessie Head Fiction Award, the Union League Civic & Arts Foundation Short Story Competition, and the Betty Shifflet/John Schultz Short Story Award. She currently resides in Chicago. Last summer on State Street is his first novel.

Conversation partner Kathleen Rooney is the author, most recently, of the novels Dear Friend and Major Whittlesey and Lillian Boxfish walks around, and co-editor of René Magritte: Selected Writings (University of Minnesota Press, 2016). She is a founding editor of Rose Metal Press and a founding member of Poems While You Wait. His previous work includes poetry, fiction and non-fiction and has appeared in The New York Times Magazine, Seduce, Living room, The ChicagoTribune, The nation and elsewhere. She teaches English and creative writing at DePaul University and lives in Chicago with her husband, writer Martin Seay.

Sam the Eagle, Rizzo the Rat and Darth Vader!