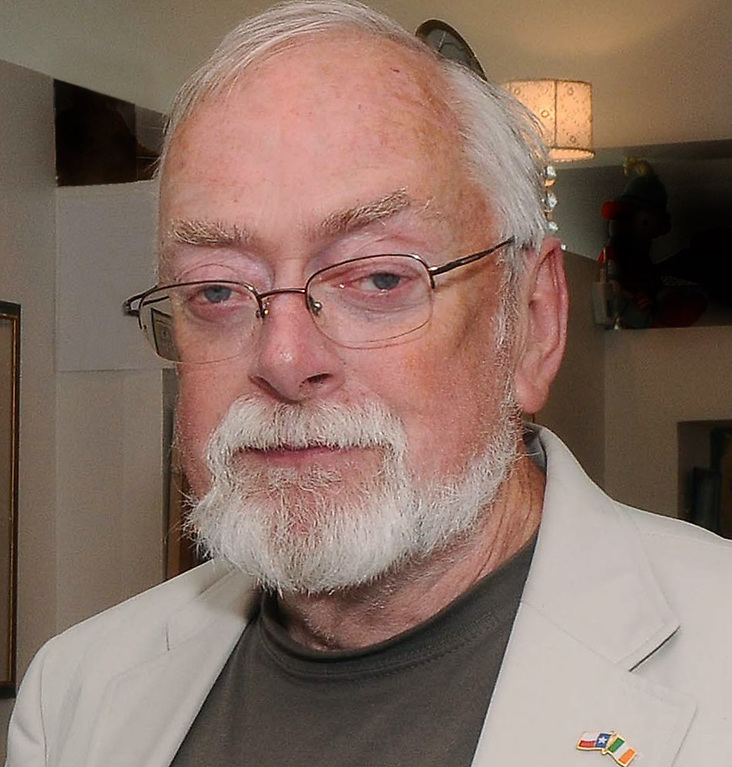 ‘A polymath’ is how Galway seafarer and adventurer Dr Michael Brogan described him, while his colleagues at NUI Galway (NUIG) described him as a ‘true Renaissance man’ who was both “kind and respectful” to students and staff.

Brogan first met him in the choir of what was then University College Galway (UCG), and both were founding members of the Cois Cladaigh Choir which celebrates its 40th anniversary this year.

“Tim contributed so much to maritime history and science, he was a great birdwatcher and sailed with me on many trips to MacDuach, around Ireland and up the west coast of Scotland “Brogan said.

Brogan distinguished his work on origins and his extensive writing on the Galway prostitute – he published an article on the subject for the Galway Archaeological and Historical Society.

Tim “Ted” Collins was born in London on December 28, 1948. His parents Tim and Suzanne were from Co Clare, and as both came from large families they never settled in London, according to their grandson, Tim Collins Jr.

The couple moved back to Ennis, Co Clare, when Tim was 11, and opened a vegetable shop in Abbey Street. Their son attended the Christian Brothers school in Ennis and began studying at what was then University College Galway in 1966.

While at UCG, he became involved in rowing and sang in the college choir. He graduated with a BSc and a Diploma in Library Science from Liverpool John Moores University.

He worked at the Long Room Library at Trinity College, Dublin for a year where, as Tim Jr recalled at his funeral, he “spoke proudly of caring for Brian Boru’s harp and the task difficult to delicately turn the page of the Book of Kells for tourists”.

“Like Tim and Suzanne a few years earlier, however, he wanted to return to where he felt most at home. Fortunately, she was offered the position of librarian in the new James Hardiman Library. It was clear he had found his niche,” said Tim Jr.

There he met Evelyn Drinan – she had come to UCG to study science. She recalled how he was always as helpful as possible to people looking for something in the library. She also recalled him offering to buy her a pint when she was alone at the Tigh Neachtain pub in Galway, waiting for a friend.

They married in 1978 in Barna and lived in Fallon’s cottage on Clybaun Road – a welcoming home which their circle of friends remember as ‘a place to stay, a place to feed and a place to have seances nocturnal”.

They then moved to a small red brick railway cabin just outside Moycullen, next to Ross Lake, and then to Barna where they raised their three children, Tim Jr, Hazel and Adam. His children inherited his love of music – in addition to singing, Tim also played the bodhrán.

He was both an avid reader and a prolific and published author on a very diverse set of subjects. He wrote a “bio-bibliography” of Irish naturalist Robert Lloyd Praeger, titled Floreat Hibernia, with a foreword by naturalist David Bellamy, published by the Royal Dublin Society in 1985.

He is also the author of Transatlantic Triumph and Heroic Failure: The Galway Line, published by Collins Press in 2003. In it, he recounts the turbulent history of the Atlantic Steam Navigation Company, the Galway Line, which he describes as the one of the most unfortunate shipping companies ever recorded.

He researched and wrote about Tuam native Dick Dowling who emigrated to the United States and became a decorated Confederate artillery officer during the American Civil War, and he also wrote a biography of his uncle Jimmie Collins , who died aged 22 after the ship he was. serving on, HMS Glorious, sank off the coast of Norway during World War II.

He has also contributed to the Clare Island Survey, having participated in symposia initiated by Island resident Ciara Cullen. After retiring from NUI Galway, he and Evelyn traveled extensively.

He maintained a keen interest in hurling, football and rugby – in particular Clare Hurling, Liverpool Football Club and Connacht Rugby – and often engaged in lively discussions on the same and other scholarly topics with Ernie Deacy in Ernie’s shop on Sea Road.

His family also remember his expert cooking, proud of his “patent stuffing” for the Sunday roast – a recipe passed down from his mother, Suzanne.

Speaking at his funeral, marine scientist Dr Brendan O’Connor recalled that Tim Collins was a “one of a kind” person “whose profound and profound knowledge of Irish marine natural history from the 19th and beginning of the 20th century was exceptional”.

“I have never met anyone with such in-depth knowledge of this subject. With Tim passing, I don’t think I’ll do it again either – a huge loss,” O’Connor said.

“He was a passionate researcher, not only of the people who did the research, but also of the ships they worked on. Obviously his tour de force was Praeger and the Clare Island Survey, but he also sought out individual Clare Island surveyors, including the author of the volume on Foramenifera (a phylum of small-shelled protozoa), Edward Heron- Allen”.

O’Connor noted that the Heron-Allen Society in Britain would bring Tim with them on field trips to where Heron-Allen had gone to collect foramenifers. They also wanted to ask him about his knowledge of Heron-Allen.

“It was Tim who prompted me to carry out biographical research on another of Clare Island Survey’s specialists, Rowland Southern, a person whose contribution not only to the Irish and European marine invertebrate phyla but also to the globally, has been largely under-recognized,” recalls O’Connor.

“He called me regularly to see how I was doing and was silent when I told him “…. sorry, not there yet, Tim,” O’Connor said.

O’Connor recalled Tim’s keen interest in local history and how he would often go off with O’Connor, Michael Brogan and Seamus McGuire to an “out of the way pub for some tunes on a Friday or Saturday night”.

“These sessions (and any encounter with Tim) were all laced with wit, humor, laughter and devilry,” O’Connor said.

He was very proud of his grandson Peter Timothy who arrived just over four weeks before his death.

“Ted was really thrilled to be a grandfather. We already recorded him telling us that Peter was his favorite grandson,” Tim Jr said.

Tim Jr recalled how his father watched the England v Ireland rugby match with him and his sister Hazel shortly before his death. His father was “in top form, ranting about Marcus Smith’s haircut, grumbling every time Maro Itoje approached the ball and of course delighted with the result as Ireland pounded England on their own turf. .”