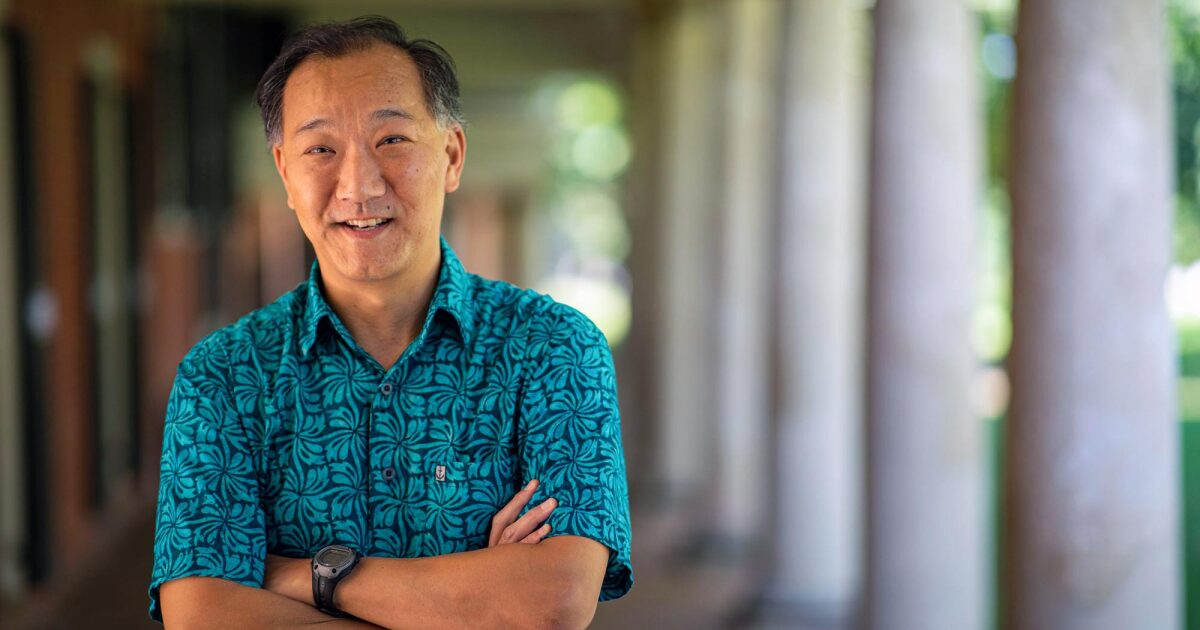 Ken Ono has impressive academic credentials – head of the math department at the University of Virginia, undergraduate degree from the University of Chicago, doctorate from UCLA, three books, and over 150 papers. But he also consulted actors Jeremy Irons and Dev Patel, who starred in a film about a mathematical genius.

He has helped competitive swimmers win Olympic medals and is a triathlete himself. So Ono didn’t think twice when he received a surprising invitation. A production company creating an ad for one of the country’s top brewers was looking for him.

“I got an email from the casting director setting up a zoom for 15 minutes later,” he recalled. “They said, ‘Look, Miller Beer wants to do a math ad. “”

The reason – Budweiser was about to launch Bud Light Next – a carb-free, 80-calorie product.

“It turns out that for several years there was this beer on the shelves called Miller 64,” he explains. “Their competitor is promoting an 80-calorie beer when they have a beer that’s 16 better.”

Now, you might think some prominent man in academia would turn his nose up at that invitation. He’s not overweight and doesn’t like light beers.

“To be completely frank, I prefer to drink an IPA with probably 200 calories,” he says.

But Ono saw an opportunity.

“My job is to excite people with the wonders of mathematics. Math is everywhere, so I’m going to take this challenge.

Three days later, he was traveling to New Jersey with props from his own office to decorate the set.

“Introduce yourself,” says the spot’s narrator.

“My name is Ken Ono and I am a mathematician. I am a world expert in number theory,” he replies.

“And why are you here today?” asks the narrator.

“I believe there is an equation you need my help with,” Ono said. “I am known for solving Rumanujan partition congruences. With collaborators, I solved the Umbral Moonshine conjecture and other math problems,” he continues. “Mathematics is everywhere. He will play a very important role in advancing the human condition. I would like to restore value to science and education.

But to do this, a guy who likes to dress in jeans and a Hawaiian shirt should be trained in fashion.

“My wardrobe specialist, my stylist, her name was Heather and she dresses Trevor Noah,” he recalls. “She also worked for the new show Sex in the City, so even though I tried on 3 dozen outfits, the most fun part wasn’t trying on the outfits. It was just to get all that gossip. inside.

Ono was a natural, shown walking into a classroom, speaking at a lecture, solving equations in chalk, getting into the back of a limo and tapping on his laptop. He takes off his glasses, cuts to a close-up of his pensive eyes, then to a wide shot of the scholar in front of a blackboard to say his one scripted line.

“The moderator, which I learned later is the voice of Doritos – the deep voice – he’s asked me four or five dozen times, ‘So we’re having a hard time figuring out the answer to this equation. What number is smaller? 80 or 64?'”

The ad is airing on local TV channels and online. Ono isn’t sure if it will sell beer, but it’s made him a celebrity on campus, and he hopes it will foster a new faith in education, science, and math.

To watch the addition, go to https://news.virginia.edu/content/estimated-uva-professor-stars-new-super-bowl-week-ad-campaign