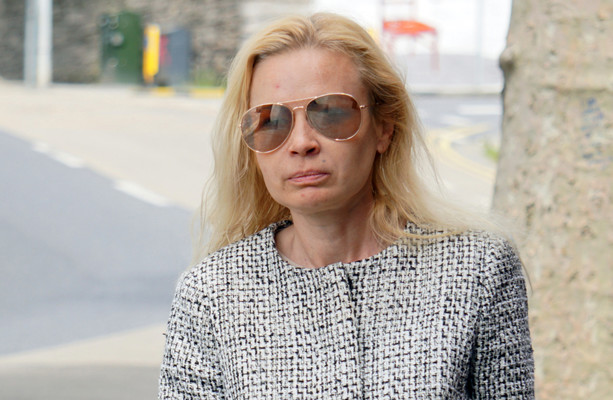 A JUDGE has ordered the arrest of a Ukrainian refugee perpetrator who allegedly ‘hounded’ passengers into boarding a flight at Dublin Airport without a boarding pass.

Marina Hrabar failed to respond to bail by failing to appear for her scheduled appearance at Dublin District Court today.

On Friday, Gardaí arrested Hrabar, 47, after an alert from Terminal 1 about Luxair flight LG4884 scheduled for 2 p.m. to Luxembourg.

Gardaí charged her with two offenses under the Navigation and Air Transport Act.

She is accused of knowingly causing a false alarm by boarding the plane without a boarding pass for the flight. The second charge relates to obstruction of an authorized officer.

She was released on bail by Dublin District Court on Saturday and was due to appear again today, but she failed to show up.

Garda Lawlor told the court that Hrabar “has been called back many times over the past few days to be here today”.

Judge Mitchell suggested that Gardaí release the incriminating evidence to his lawyer Peter Keating, who said he could not oppose the Garda’s request for an arrest warrant.

During Saturday’s bail hearing, the court heard that Hrabar had come to Ireland as a refugee to escape the Russian bombardment of her hometown of Kharkiv.

She had been housed in the O’Connell Street area of ​​Dublin, but currently has no fixed address.

Garda Lawlor said the accused “did not respond” to the charges.

Describing the evidence, Garda Lawlor said Hrabar “came through the barriers without a boarding pass”.

Garda Lawlor alleged that she “knowingly followed passengers through the airport and onto a plane, and caused an alarm on the plane”.

Garda Lawlor alleged that the woman then “attempted to flee from an authorized officer”.

“I’m not guilty,” Hrabar said at the bail hearing.

In evidence, and speaking in English, she explained that she was educated, a writer and could represent herself.

She also claimed she had accommodation on O’Connell Street, supported by Trinity College.

However, the court heard she was ‘evicted’ from there last week and has no fixed address.

The court granted legal aid and appointed a lawyer to represent her.

Mr Keating had argued that the absence of an address was an insufficient reason to deny bail. He offered that the woman could run for a Garda post in the town.

Hrabar had told the court that she was “under the protection of Ireland” and that the Irish had been generous with her.

She agreed with the lawyer that she would look for alternative accommodation to help her get welfare. She also pledged to have her phone working so that Gardaí could contact her.

Additionally, Hrabor agreed that she would respond to bail and appear in court on the next date.

Gardai was ordered to seize his passport.