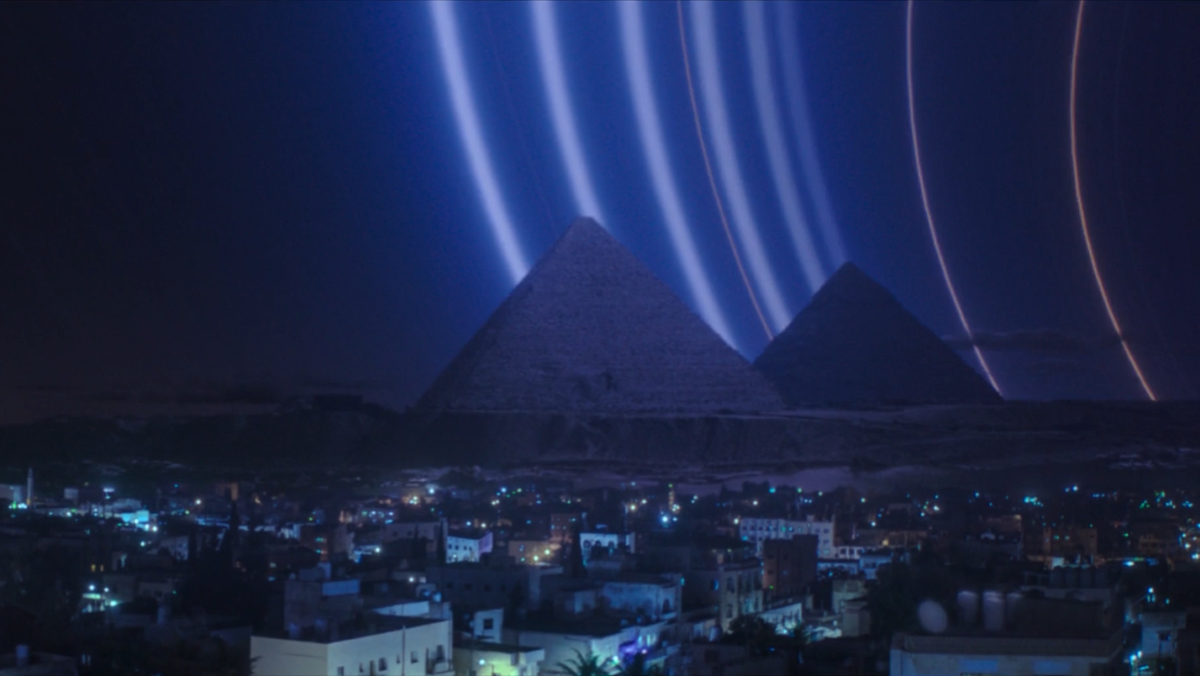 As a professional over-thinker, I’m always ready to criticize scientific inconsistencies in pop culture. But even if moon knightThe premise of is based on superhero powers bestowed by an ancient god, it also includes real-life science. Episode three provides a mostly accurate astronomical history lesson. With a good dose of Easter eggs.

Let’s start with this chart of the sky. The ancient Egyptians had different names and arts for the constellations. Some are still being discovered. As shown in the image below, the seven stars we know as the Big Dipper or Ursa Major were more like the leg of a bull. The stars are five-pointed, just like Steven Grant folds the pieces of Senfu’s shroud. Star charts were often painted on the lids of coffins and the ceilings of temples and tombs.

Did the ancient Egyptians use celestial navigation?

The ancient Egyptians understood the patterns of the sun, moon, and stars and used them to navigate. They also created the first 365-day calendar, predicted the flooding of the Nile, and aligned the pyramids with celestial objects. While celestial navigation is often associated with early Polynesians in the Pacific Ocean, the Egyptians used this technique around the same time.

The calculations require measuring the distance between an object in the sky and the horizon. It is therefore more difficult on earth, but not impossible. Sextants and other devices were only invented a few hundred years ago. Instead, the ancient Egyptians used plumb lines, a weight on a string, to measure the vertical lines of the sun or stars. This is also how they aligned their pyramids. In moon knightLayla has technology that does the measurements and calculations for her, like most modern browsers do.

The central constellation of the star chart is clearly what we call Orion, with the three stars in the belt and three more in the sword. In ancient Egypt, it is the constellation of Osiris, another of the gods. This is important because Orion’s sword is used to determine and navigate south.

Do the stars drift?

Something else moon knight is right, the stars are drifting. Our galaxy spins and gravity pushes and pulls the stars, so our relative positions change. We don’t have an exact date of Steven Grant’s “well actually” moment, but he says Ammit’s burial was “about 2,000 years ago.” So yes, the stars were different. And there’s an app for that. Several apps, in fact, can move the clock forward or backward and show you what the night sky looked like. So if Layla’s tablet had connectivity, a quick download might have kept Khonshu out of his stone prison. But where is the drama in that?

Plus, we got the amazing visual of swirling star trails. And they even spin properly! Over time, on a normal night, star trails go counter-clockwise if you look north. In moon knight, they rotated counter-clockwise, showing time inversion. Due to drift, the pole star used by the ancient Egyptians is not the same as the one we use today. It was either Thuban, a star in the constellation Draco, or Kochab, in the constellation Ursa Minor, depending on the year. Our current pole star, Polaris, took over in the year 300.

Will Steven and Layla find the tomb?

My only qualm in this sequence concerns the coordinates. Latitudes and longitudes of exact locations include many decimal places. If the coordinates are exactly 29.0 degrees north and 25.0 degrees east, that places the site right on the border between Egypt and Libya. Each degree has a width of 60 nautical miles, or 69 miles. So if the coordinates are a range rather than exact, Layla and Steven/March have over 4,700 square miles to search. It might take a while and we only have three episodes of moon knight left!

Melissa is Nerdist’s science and technology editor. She also leads “science of” panels at conventions and co-hosts Star Warsologies, a podcast about science and Star Wars. Follow her on Twitter @melissatruth.

How the Greek mathematician Archimedes discovered the magic of Pi